In the presence of the Yemen LNG Board members in Istanbul, Turkey, Edgo celebrated the launch and naming of two tug boats on 20 April 2009. They will be used to berth LNG tankers at the jetty on the Balhaf Bay in Yemen.

At the launching, H.E. Minister of Oil and Minerals and Chairman of the Yemen LNG Board, Mr. Ameer Salem Al-Aidarous, named the two tug boats ‘Lamnalco Sana’a’ and ‘Lamnalco Aden’ after Yemen’s two most important cities. This ceremony marks another important step in preparation for the first LNG shipment. Lamnalco is Edgo’s partner in the construction of these vessels and is a global provider of towage and associated marine services to the oil and gas terminal industry. 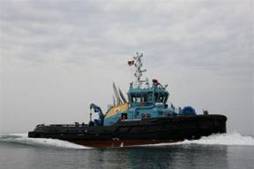 The main function of the tug boats is to escort LNG tankers during berthing, un-berthing and departure at the Balhaf terminal. The tug boats will also have the duty of performing fire fighting, lifesaving and other emergency response services, including environmental spills – if any.

Lamnalco is currently building two further tug boats which are due to be delivered later this year. ‘Lamnalco Sana’a’ and ‘Lamnalco Aden’ arrived in Balhaf in June 2009.