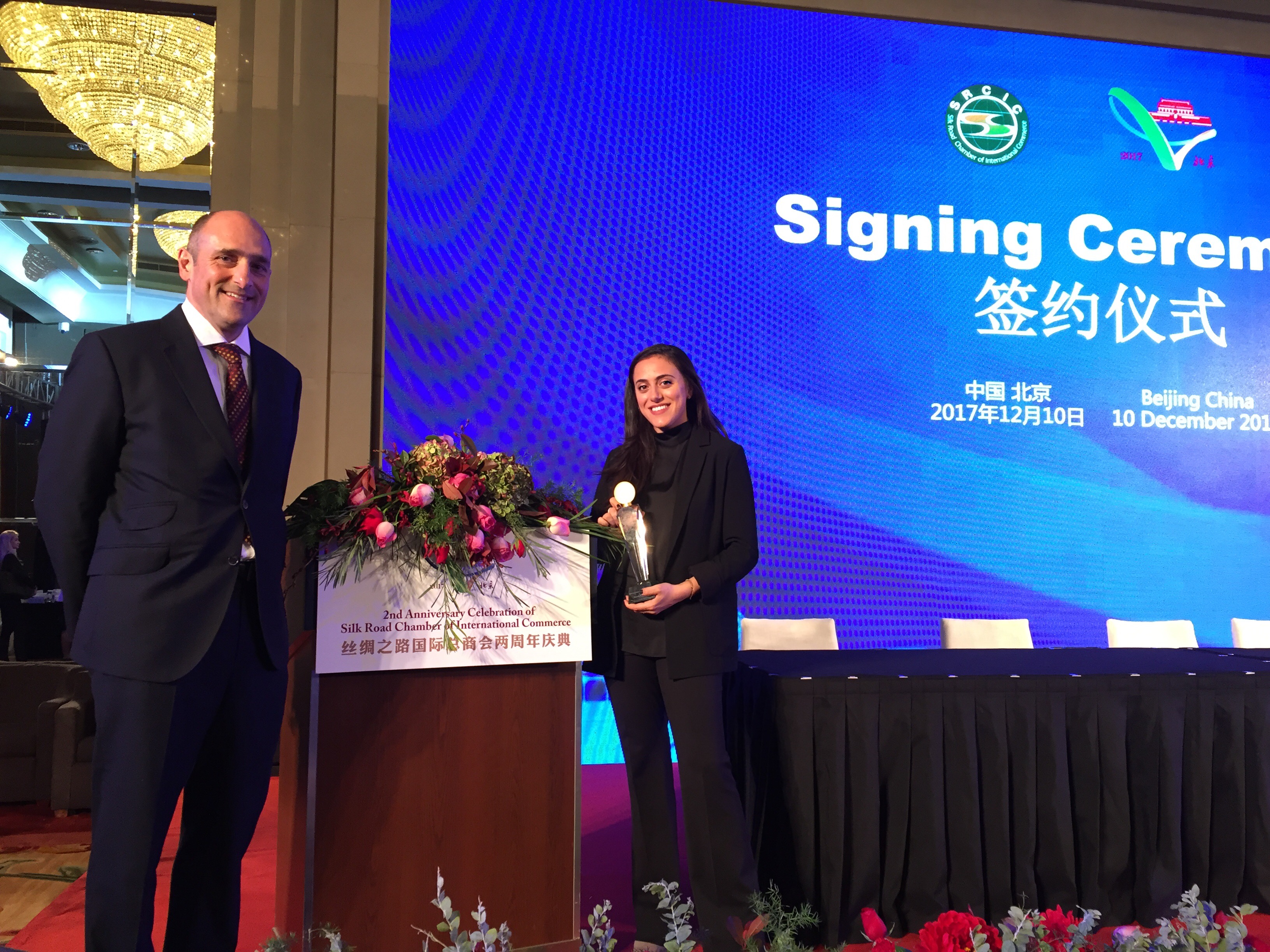 At an event attended by around 2,000 people to celebrate the organization’s second anniversary, Mr Masri was honored for his outstanding contribution to the initiative in his role as President of the International Chamber of Commerce of Palestine.

Mr Masri is the Vice Chairman of the SRCIC, a non-governmental trade body set up to promote the renaissance of the Silk Road through the development of the Belt and Road Initiative (BRI).  BRI is a development strategy proposed by China’s president Xi Jinping that focuses on connectivity and cooperation between Eurasian countries, primarily China and 68 countries. The strategy underlines China’s push to play a larger role in global affairs with a China-centered trading network.

Last summer Mr Masri hosted a high level Chinese delegation, including the Vice-Chairman of the People’s National Congress, Mr Xiangba Pingcuo, at his home in Nablus, Palestine. During the visit, the delegation met with a number of Palestinian dignitaries to discuss opportunities for Palestine.