The $700 million agreement will increase capacity from 3.5 million passengers in 2006 to nine million in 2010, with the potential for 12 million by the end of the second phase of the project. This project will help mobilise around $1 billion of private investment in the country’s airport sector. “The key contribution of the QAIA Project will be the construction of a new state-of-the art airport infrastructure, operating at a higher level of service. Airports are cornerstones of today’s global economy as they facilitate the movement of people, capital and goods”, commented HE, Mr Saoud Nsairat, Minister of Transport. 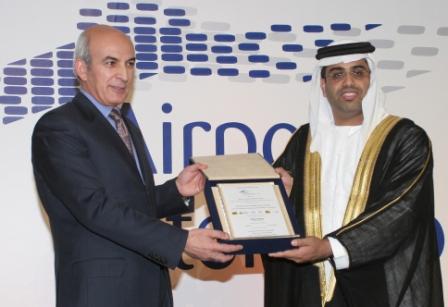 During his speech, Mr Nsairat outlined key characteristics of the new Airport project which is expected to provide nearly 23,000 job opportunities, “The comprehensive architectural plan of the new terminal has been provided by the leading practice of Sir Norman Foster, an internationally acclaimed architect with experience in numerous futuristic airport projects in China, Malaysia, Singapore, USA, Canada and more”.

Under the terms of the 25-year concession agreement, the concessionaire, AIG will be responsible for the operation of the airport, the rehabilitation of existing facilities, and the construction of the new passenger terminal. The new facility will extend over 85,000 sq m and is planned to be completed in late 2010.

Mr Nsairat went on to highlight recent achievements of the Ministry of Transport including Jordan’s new civil aviation law; the restructuring of the Jordanian civil aviation sector to increase productivity, efficiency, and modernisation of its managerial aspects; in addition to the $1 billion Amman-Zarqa light railway project.

For his part, Chairman of AIG, Mr. Salem AlAmeri said “An early transitional period has been planned, starting with the implementation of visible improvements with quicker passenger flows, upgrades to the quality of the current facilities and the development of new services or enhancement of existing ones. We plan to leverage our combined resources and to capitalise on Jordan’s strategic positioning in the area to maximise on regional trade flows and unique tourist attributes; I mention tourism in particular given the recent success of Petra being recognised as one of the modern seven Wonders of the World, which is likely to attract hundreds of thousands of new visitors.” Mr Al Ameri explained. He also pointed out that there are still challenges that lay ahead, however these would prove to be key motivators for AIG in creating a positive and tangible difference on the ground for the immediate benefit of passengers.

AIG comprises Edgo, Noor Financial Investment Company, Joannou & Paraskevaides (Overseas) Limited, J&P-Avax, Abu Dhabi Investment Company, and Aeroports de Paris Management, who won the tender launched by the Government of Jordan on April 25, 2007 and signed an agreement on May 19, 2007. The International Finance Corporation, the private sector arm of the World Bank Group, assisted the Government in structuring the transaction. The IFC is providing up to $120 million in financing and mobilising up to $180 million in funds to AIG. This is also the first infrastructure deal with Islamic tranche partnering with the Islamic Development Bank.

In July this year, HM King Abdullah II Ibn Al Hussein paid a visit to QAIA and ordered the various parties involved in the airport operation to facilitate procedures for travellers and to eliminate obstacles. During his speech, Mr Nsairat extended his greatest appreciation to key staff of the Ministry of Transport for their determination and continuous momentum in bringing the project to fruition.