The Munib and Angela Masri Foundation is delighted to have been awarded the prestigious Sheikh Hamdan Bin Rashid Al Maktoum-ISESCO award for the development of education in the Islamic world. 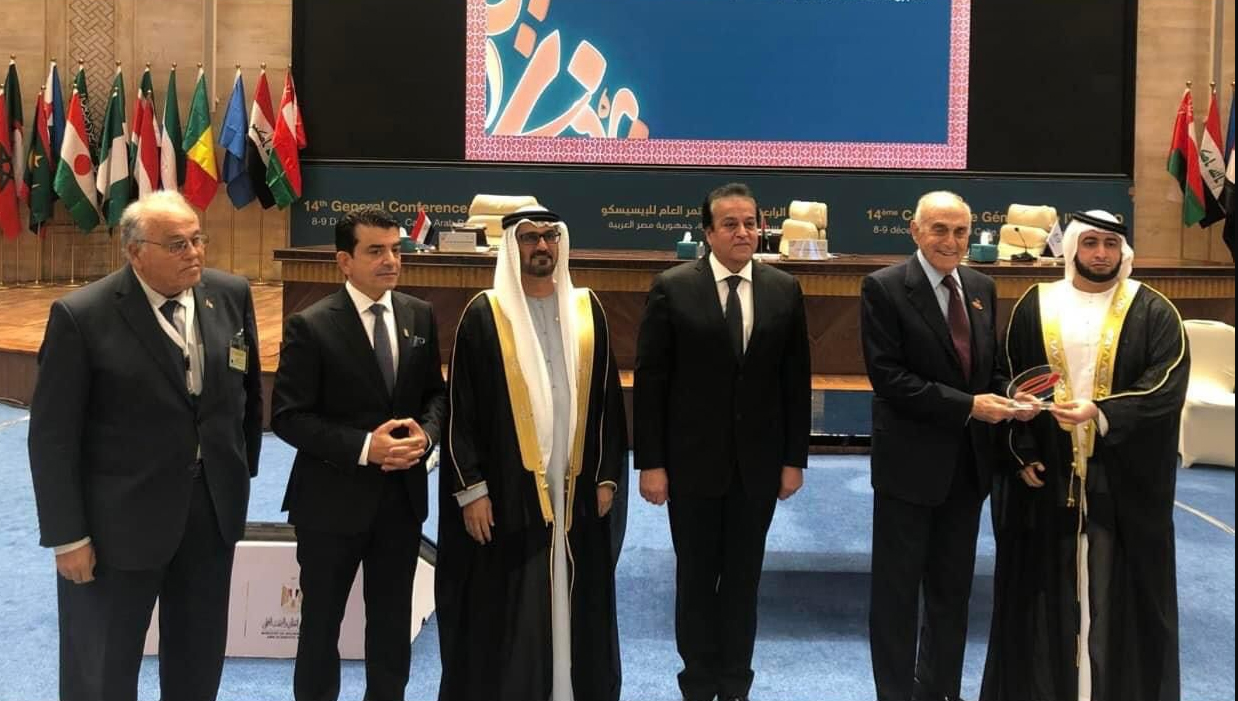 During an event in Egypt this week, the Foundation became the first institution from Palestine to win the award since its creation in 2017. The award, established by His Highness Sheikh Hamdan Bin Rashid Al Maktoum and the Islamic World Educational, Scientific and Cultural Organization (ISESCO), is given every two years to three individuals or organisations that have contributed to the development of educational institutions in the Islamic world. Each winner receives a shield and a prize of $100,000 to be used for the development of education. The aims of the award include:

The Munib and Angela Masri Foundation has been instrumental in the creation and support of many important educational institutions including the Munib and Angela Masri Institute of Energy and Natural Resources at the American University of Beirut, the Jackson School of Geosciences at the University of Texas at Austin and the Al-Quds Academy for Scientific Research, as well as supporting local projects such as the recent renovation of a girls’ school in Yemen.