Edgo has expanded its business in Iraq with the signing of an agreement with Hoerbiger, leaders in compression and drive technology, as well as hydraulic systems. 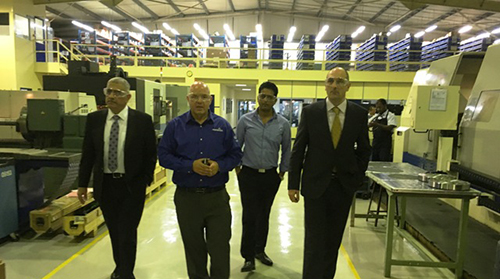 Edgo will work in partnership with Hoerbiger to distribute reciprocating compressors, engines, turbo machinery and wellhead compressors in Iraq. Hoerbiger is an Austrian company set up in 1895 and employs over 7,000 people in more than 130 production and service sites in 50 countries worldwide. Edgo has a well-established relationship with Hoerbiger in Yemen.

Earlier this month, Edgo’s continued support for and commitment to the oil industry in Iraq was honored at the 6th Basra Oil and Gas Conference, held between the 3rd and 6th of February at the Basra International Fairground.

Mr Ali Shaddad Al-Fares, member of the Provincial Council of Basra and head of the Oil and Gas committee, presented the award to Ali Hamad, Edgo’s regional manager at a ceremony at the Basra International Hotel, in the presence of Majid al-Nasrawi, the governor of Basra.