Edgo chairman Munib Masri was presented with the shield of Excellence and Achievement in honor of his support of scientific research and higher education in Jordan and Palestine at the 26th meeting of the Al-Quds University Council. 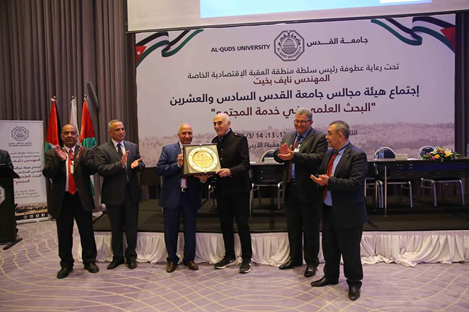 The meeting held on 12 March 2019 under the patronage of Naif Bakhit, chairman of the Aqaba Special Economic Zone, was attended by a large number of professors, researchers and local dignitaries.